Back to all posts

Last week was the 35th Anniversary of Canada's Charter of Rights and of section 35 of the Constitution Act, 1982. Section 35 recognizes and affirms existing Aboriginal rights, that is, the rights of the Indian, Inuit and Metis peoples of Canada.  Justice Canada hosted an event to celebrate this anniversary and I was invited to play some music there.  It took place at the Library and Archives building in Ottawa.  I played and sang in the background while people mingled and dined on beautiful bannock made by the fine people from Nikosi, an Aboriginal-Quebecois bistro in Wakefield.  With maple butter and sage, garlic butter it was a treat.  (Almost as good as my auntie Verna's.) The event proper opened with an Algonquin Elder.  I followed by playing "Lament of the Caribou" with my looping pedal.  The guest speaker, Marco Mendocino, Parliamentary Secretary to the Minister of Justice, was a few minutes late. So, I was asked to play a few more songs, which I happily agreed to.  Mr. Mendocino arrived and gave his presentation.  Following, was the film, Angry Inuk.  It tells of the European ban on importing seal products which has negatively affected the daily lives of the Inuit. The Inuit rely not only on seal meat for food, but from the economic benefits that selling seal products bring.  Auju Peter, one of the Inuit activists in the film, was present to answer questions.  When the film ended and Auju took the stage, there was not a dry eye in the auditorium.  This is a powerful film and I urge you to take the time to view it.  Some groups have portrayed the Inuit seal hunt negatively, but that is not the case. The seal hunt is traditional and sustainable. Here is a link to some information about the film and the Inuit seal hunt: https://www.nfb.ca/film/angry_inuk/  I wish to thank Mylene Tremblay for organizing this important event and for inviting me to come and play music.

Later that evening, I was the guest artist for the Mill Road Community Space open mic.  I was impressed by the young musicians there.  This is an open and inviting environment for musicians and listeners, whether young, or young at heart. Thanks Margot for inviting me.

I am always looking for new songwriting tips, so the next day, I attended a songwriting workshop hosted by North Easton. As always, North gave excellent advice and provided many cool examples even writing pop songs on the spot.  I have a few songs brewing in my head that I plan to record with this new DAW that I got with my computer. Funny, I don't even know what DAW stands for.  I only remember the acronym because it contains the first three letters of my name.: )

Sometimes it is hard to make time to do music type work on the computer with other competing priorities.  After setting a goal at North's "Strongwriting" workshop of setting up an electronic press kit, I actually created one.  Well, Greg Stone came over and helped me create one. Thanks Greg!  He is a local fellow who can play guitar like no one else. Actually he can play virtually any instrument, including drums. He is pretty handy on the computer too. Click on the Press Kit tab to check it out our work.

Finally, I have a few shows coming up.  First one is this Saturday May 6 at the Kaffe 1870 in Wakefield, QC.  I will be playing guitar and singing backup vocals with Jamie Ferguson and the Hills Gang.  I always look forward to playing with Jamie. It gives me a good opportunity to bring out the black strat. The lovely and talented Rosanna Nicol is opening. Tickets are 10$.  Next, I will be hosting the open stage at the Kaffe 1870 on May 31.  No cover. Music will start at 9ish.  All are welcome, whether to listen or to play.  Then, Sunday June 11, I'll be at the Blacksheep Inn. It will be a special event, not only because my backup band the Prima Donalds will be joining me, but the show will be a double header with the Fluffy Little Cowboys out of PEI.  The show starts at 4pm.  Tickets are 10$ advance and 12$ at the door.

Have a great week and thanks for reading.

photo below by Anne Olivier
photo right by Dawn Pritchard 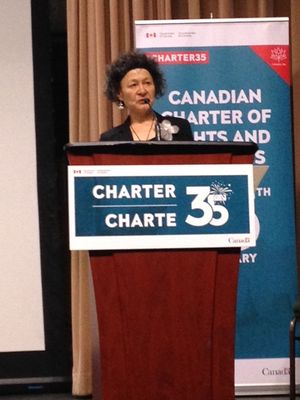 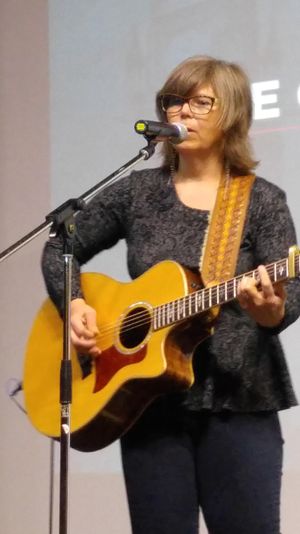